Play the Lotto on your iPhone 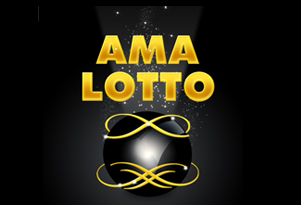 Smartphone and iPad apps are fast becoming a unit of currency in the digital world with Durban currently serving as a hotbed for their development. Now it seems that the girls may just be spearheading their very own ‘revolution at the beach’.

Proof of this is the brand new AmaLotto app from immedia. The latest creation of a fresh new, all-girl team – Nirissa Govender (designer) and Siveshnee Moonsamy (developer) – who produced the app and are both under the age of 25.  Govender says ‘Girl Power’ is a must in every industry and in the case of the AmaLotto app has definitely led to a unique final product in terms of its unique personality, look and feel.

“We took the concept of the local lottery, which all types of South Africans know about, and gave it the stylish, glossy feel to which every iPhone user should be accustomed. By focusing on the personality of the app, rather than simply what it needed to do, we submitted an app that was functional and has an element of fun and playfulness,” she explains.

The AmaLotto app idea began as a small pet project which quickly captured the attention of the rest of the dev team and  evolved into a scheduled assignment. Govender says the big idea behind the app stemmed from the huge popularity of Lotto in South Africa. “Everyone dreams of winning the Lotto and the results of any draw are made widely available on television, via newspapers or by phoning a hotline number. However, the underlying challenge that the AmaLotto app sought to address was that people don’t like waiting, they want real-time results on the go, with the least amount of effort involved.”

AmaLotto is a quick and easy way to receive the latest results – when a user opens the app, they’re immediately presented with the latest results. The user can also utilize the app as a Quick Pick number generator by shaking the device, resulting in a random selection of six lucky numbers, all with tinkly sound effects. There’s also a Favourites section where users can select and save the numbers of their choice. It’s a great feature for those people who like to put some thought in their number selection and it beats the old school method of scribbling it on a piece of paper, which almost always gets misplaced. Three sets of favourite numbers that can be edited whenever necessary. It’s also possible to check the Game Rules, How to play and FAQ of the Lotto, all from the official National Lottery site.

In terms of ‘where to from here?’ Govender says there are a few functional ideas the team have in store for the first update to add to the app. “We are young women, with fresh ideas in an ever-changing industry and we’re dedicated to producing super-awesome apps that we and the rest of the immedia team can be proud of. AmaLotto is definitely the first of many!”

Have you tried out AmaLotto? Send your suggestions and comments to iphonedev@immedia.co.za