The thieves are at the temple and old media is fast asleep! 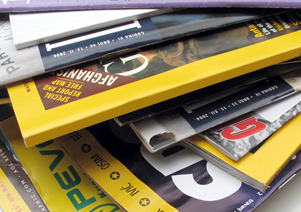 Now that Rupert Murdoch has made the first foray into tablet publishing with the launch of The Daily iPad newspaper, immedia CEO Anice Hassim says there’s an angle many local commentators are neglecting, namely how fast local print titles could jump on the bandwagon if they simply dived into the digital foray. The answer? Tomorrow!

While media titans and the associated pilot fish and analogue ecosystem bicker over how to divide the spoils of the new digital future, there are thieves in the temple of media slipping away with precious artifacts from the altar… signal, transaction, billing, community ownership and one other very important asset… trust.

It is therefore abundantly clear that Apple’s strategic dominance over the digital space is driven by the hammer of their burnished ecosystem. It is such a full spectrum dominance involving so many evolving and not quite clear pieces of the puzzle that assaulting Apple’s position is going to be extremely difficult except for a handful of companies – Microsoft, HP, and Google to name three. Apple’s ecosystem places them at the centre of a web of intelligence that gives them strategic consumer insight like no other competitor.

But when it comes to traditional media players hopping on to Apple’s bandwagon it seems they’re not adopting a stance of if you can’t beat em; join em!

The big sticking point it seems is the cost or perceived cost of doing this, because Apple charges 30% of whatever sales are made in its iStore. For that, it offers a content-hungry mass market of consumers who no longer care who sells them the content, as long as they get it.

Another advantage of the iStore model for print players is that Apple does it all for them by offering a ‘good to go’ transactional and distribution infrastructure. This means that print owners only have to do what they’re are (or in certain cases, should be) really good at – content creation. Apple does not, however, provide demographics on purchasers which media owners are not happy with as it gives them nothing to sell to potential advertisers.

This points to one of the biggest weaknesses of current media owners seeking to enter the digital marketplace. They’re still using an outdated business model which views advertisers as the customers and if they’re to provide their value within that relationship, demographics are important. What they’re forgetting, is that the App Store makes the consumer the customer again – NOT the advertiser.

The other issue facing media owners is that they’ve lost sight of their original forte. The thing that they and only they were good at – content creation. This is due to the fact that dwindling circulation, and to some degree advertising revenue, has seen media owners slowly eroded their own core competency as part of a cost cutting exercise. It’s no surprise then that after an initial decade of hand-wringing over their professional future, talented content people are heading off to digital only properties in their droves, leaving behind them the much more immobile, (and some would say less intelligent) bricks and mortar and administration of an industry in their wake.

The big threat now, is that the Apple business model provides disgruntled journalists and the like, who are seeking an outlet for their talent; easy access to a vast, content-hungry consumer market. All they need is content (which they can do in their sleep) and a little bit of coding for a template and they’re good to go. Now, there really is nothing to stop them from publishing the next Star, Cape Argus, Daily News or a combination of all three; and not next month or next week…tomorrow morning!