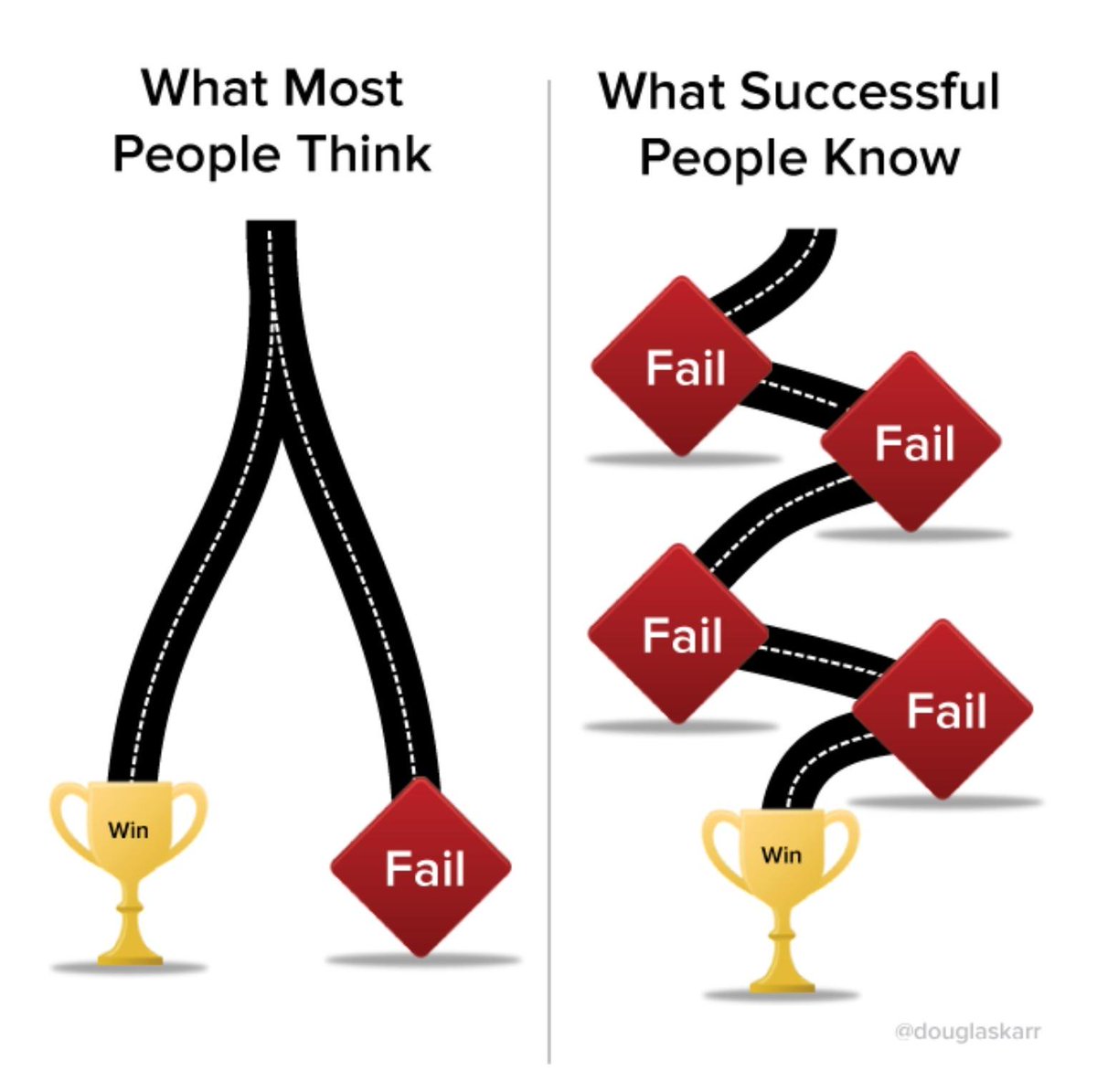 When a reporter asked, “How did it feel to fail 1,000 times?” Edison replied, “I didn’t fail 1,000 times. The light bulb was an invention with 1,000 steps.” “Great success is built on failure, frustration, even catastrophe.”

Failing fast is a catch phrase often used in the IT space but what is it and how do you really apply it in a business setting where society has so often labelled failure as something to be dealt with harsh repercussions especially in the corporate world.
The idea of failing fast is one that values testing and ongoing change. It accepts that failure is part of the process to meeting an end goal and includes failure in the approach to the outcome. The importance of failure is stressed in testing when an issue reveals somethings not working and the project team or individual can work quickly to change their approach and try again.
For many software products being built there is no set out process or map to perfection, just like Edison the end goal needs much refinement testing and ongoing tweaking. To discover many ways not to build the product, Innovation requires a space of learning, mistake making and agility to get to the end of perfection.

How to create a fail forward culture?
Changing years of negative association to failure is not an easy task and anyone who sets out to change a team’s mind is up for some challenges. Individuals or teams that are not ready to embrace failure are often slow to release their work focusing largely on perfecting something and find It difficult to allow known issues to go out into production environments.
With release plans and rapid priority shifting it is possible to encourage teams and individuals to start to see that an disliked colour may not be the focus of the user. I have seen many releases go out where a UI (user interface) change was requested on the release but the feedback received from users were far more based on functionality issues that frustrate them and so the UI issue may move further down the backlog until it is realized to not even be a problem. Embracing failure is the most underrated route to success. For an in detail look at adopting a failing fast mind set one should read John Maxwell’s (https://www.johnmaxwell.com/) book Fail Forward as well as Ryan Babineaux’s Fail Fast and Fail Often.

Agile has a great system of failing forward which is all too often not embraced where the iteration and improvement ceremony held in an agile team at the end of each sprint is designed for the teams to look at how they could have improved their work, it allows teams to look at past mistakes and prepare for prevention of mistakes being repeated in the future. In the moment failure is painful and makes one want to act like an ostrich, ducking your head in the sand but our mistakes provide teachable moments that do not present themselves in constant success.

Don’t let perfection be the Driving Force for release.
It is a fallacy to believe that software can be perfect for release, so throw that idea away immediately. The moment the code and software is thought to be complete it’s a balancing act between testing, budget, user flow changes and actually just making the decision to release your work to the public. Sometimes the drive to release is based on budget or business the decision on when or what is being released on a software version seems to change with every version but the point of waiting for something to be perfect before release is almost impossible, product owners and dev teams would not have living backlogs if they were only going to release software once perfection was achieved.

So in conclusion the faster a team can embrace failure in their step to production the faster issues can be resolved and learnings can be implemented. In many aspects failing is not necessary failure but just another step to achieving a more perfected outcome.