Hololens offers a peek into the future 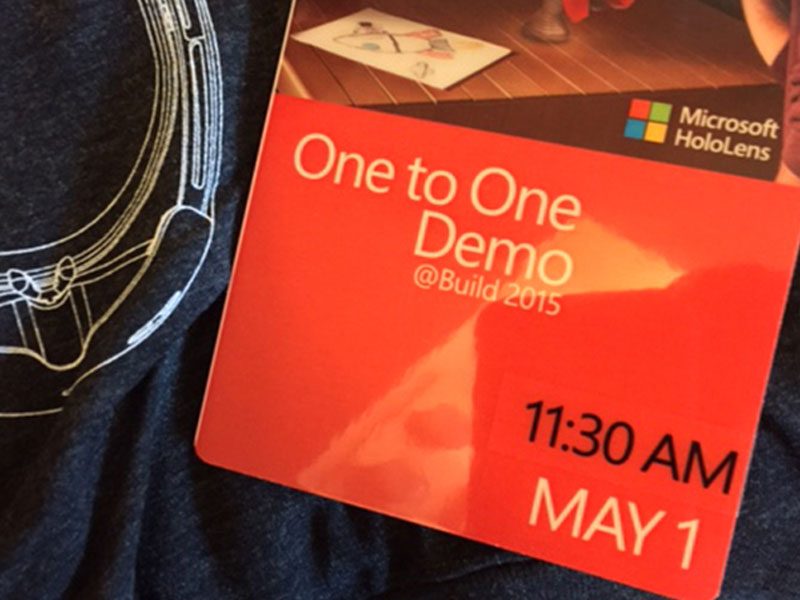 NASA’s Jet Propulsion Laboratory has been using Microsoft’s HoloLens technology to help manage their Mars Rover programme. When people first tried HoloLens on and “walked on Mars”, they often became so emotional they were reduced to tears. In a sense, the first “manned” mission to Mars took place with HoloLens.

This is the powerful impact this immersive new technology has on users, so much so that Jeff Norris from the JPL said that his team has been filled with a burning passion to ensure the technology is used by as many people as possible.

Norris was speaking at a panel discussion at Build 2015 where early invited participants in the development programme shared their experiences with developing for HoloLens.

The immedia team were fortunate enough to have a one to one session with the new HoloLens technology and we came away buzzing with excitement. Security was super tight and we had to leave all devices and gear stowed in special Build blue painted lockers clearly painted and installed just for the occasion.

As a group we filed into a briefing room with stunning views high above the San Francisco streets where we all received a memory wipe from a handheld scanning device. Actually it turned out that the Microsoft team were just measuring our IPD’s – inter pupillary distance or something to that effect, ie the distance between the centrepoints of each pupil. Paul it turned out has not only gorilla arms, but chameleon eyes as his IPD’s were the widest in the group by some margin! This is clearly all stuff that needs to be worked out before HoloLens is ready for use by Mom, but we didn’t care, we were amped to get our eyes on the tech.

Then it was hands-on time and a Microsoft staffer led us down a corridor lined with security personnel and then individually into rooms where another staffer led us through the hands on demo. The HoloLens kit is awesome to look at, much cooler and more comfortable than the Oculus Rift – it had no wires and was relatively light. I doubt it’s production hardware, but it’s already looking good.

We came out from the demo’s reeling and buzzing with excitement. Not since multi-touch has something rocked me so much with the possibilities it offers for learning and professional use.

Developing for HoloLens looks super easy compared to the past and the possibilities are enormous. Imagine a medical school being able to teach anatomy without having to secure cadavers for dissection and being able to overlay animations of organ function to teach students. You could scale complex learning in a way that has never before been possible.

This post is a very quick rough note, but I will be sharing more about this experience in the coming days and weeks. It was simply, wow!

For now, it’s time to join the team on another kind of immersive experience, watching the Giants play the Angels at AT&T Park.