In the rush to be first with WWDC ‘news’, everyone‘s missing the point 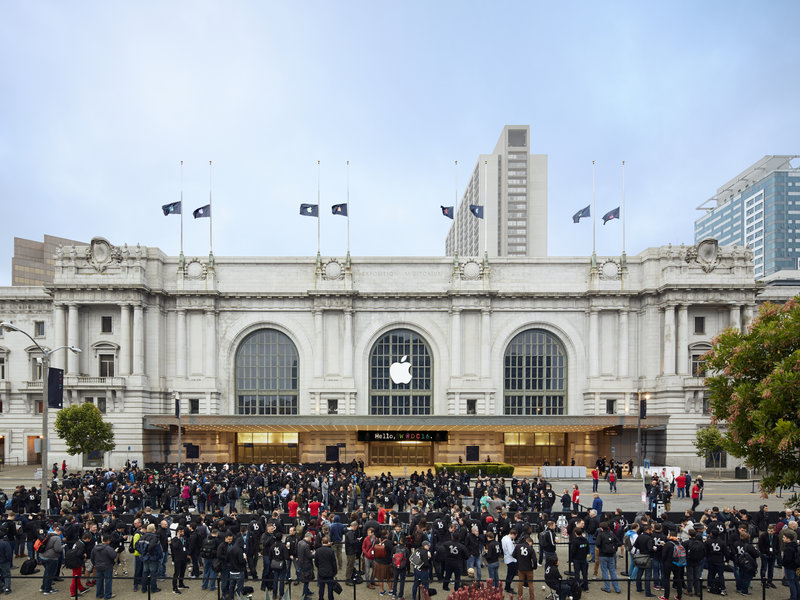 ‘Convention’ dictates that I should’ve had a blog post up with ‘analysis’ and opinion within minutes of Tim Cook closing Monday’s Apple Worldwide Developer Conference (WWDC) keynote. Most reading this post will be wondering why I haven’t published anything until now.

Heck, every single news outlet that covers technology – and many of those who don’t – did. It’s what readers want in a 24 hour news cycle, where everything is easily reduced to a contextless tweet. We have videos like this:

(The keynote was two hours and three minutes long which is simply impossible to edit down to a seven-minute highlights package!)

And beyond the live blogs, instant ‘analysis’ and hot takes on the web (and social media), this tendency towards the ‘now’ has infiltrated podcasts too. Practically every major tech podcast had a special post-WWDC keynote episode, recorded sometime on Monday.

MG Siegler had a great post describing the problem with the world we live in:

“Just think about it for a second — or even, gasp, a minute — how likely is it that the best take on something is going to be the one put up within minutes of news spilling out? Pretty low. Instead, if you wait six or twelve, or even a whole twenty-four (!) hours, you’re likely to find far more rational, well-written, thoughtful, and thought-provoking takes.”

Of course this world of hyper-real-time-faux-analysis-and-hot-takes is a problem!

In demanding more of the above and less real, considered, patient writing and thought, we’re fundamentally missing the point.

(It’s why John Gruber’s reviews and long-form posts (the latter often nowhere near what’s in the ‘news’) are the best part of his site. You can tell he’s spent weeks – sometimes months – thinking something over.)

And so to the keynote…

You need to bear in mind that planning this event (and every one of its events) is easily a multi-month project. And this is perhaps the most difficult of all to program, curate and edit. This is a two-hour window into what Apple’s been working on for the past year (and often, longer in the case of things like Swift and APFS) across four major platforms. And it has to ensure that the keynote is not too developer-focused, given the media and Wall Street attention. Think of it as an annual magazine, with all the care and editing that would go into putting something like this together. Or a hardware product. What goes in? What is excluded? What goes where? How much attention is given to something? What is relegated to a mention? What changes?

WWDC is a five-day conference. The keynote is the first half of the first day. Think about the sheer volume of content and detail across those next four-and-a-half days. It’s something I’m continually surprised by in each session I attend.

Gruber’s The Talk Show: Live From WWDC 2016 – which I was privileged to attend on Tuesday night – was an absolute eye-opener (and you didn’t need to be in the room, given that there was a live video stream). Here, Gruber, Phil Schiller and Craig Federighi discussed only a handful of topics across just over an hour.

We learnt that ‘deleting’ pre-installed Apple apps didn’t actually delete them at all (despite every single article and piece of analysis you’d read on the Monday stating this as fact, and drawing conclusions that simply weren’t there). Schiller clarified some misconceptions around the subscription changes announced last week.

Federighi and Schiller also took time and care to explain the thinking behind a number of changes and enhancements to Apple Watch and iMessage, its new Siri API, privacy, and differential privacy (and why the forthcoming Apple Filesystem (APFS) wasn’t mentioned at all in the keynote1).

Given this has happened two years in a row now, you can tell why Apple makes executives available for this event. This deeper, more thoughtful discussion is a chance for them to explain certain things better and correct the narrative of coverage over the 24 36 hours following the keynote. It’s almost a press conference, without it being anything like one. (And it’s no coincidence that these specific (operational) executives are made available).

What did I think the ‘biggest’ announcements were this week?  What do I think about things that weren’t even announced on Monday but in the days following?

I’ve spent days just listening and thinking (a departure, for me).

Answers to come in the next few days and weeks…

1 “We don’t talk about pure developer preview things there.” (which I think was said by Schiller…)

More coverage of our visit to WWDC: http://wwdc.immedia.co.za