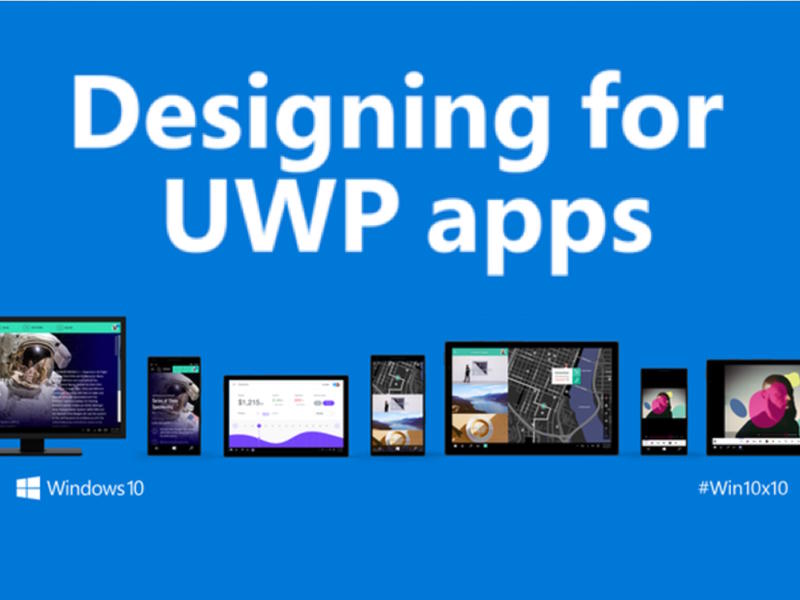 Universal Windows Platform (UWP) have a set of design APIs that seem to act like a Polyjuice potion, allowing its apps to shape-shift and be able to conform to any Windows-based device, which ranges from your phone to your PC and Xbox. At Open Night, I shared some of this tips and guidelines for developing Universal Apps for any Windows device. 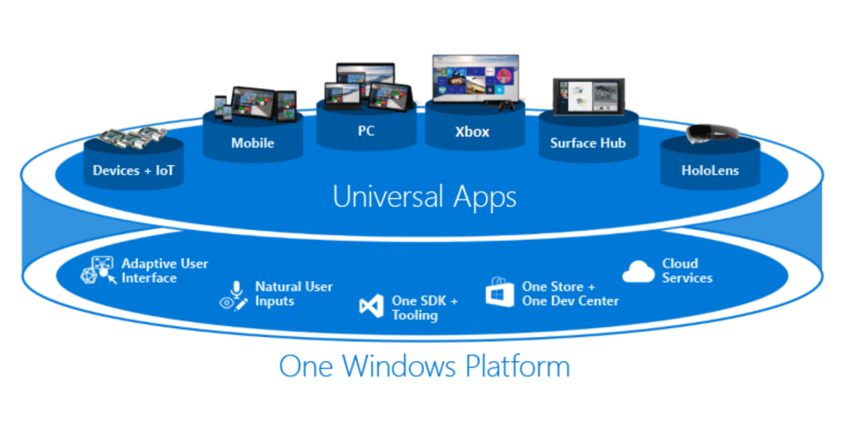 Adapt responsively! Designing for such a wide range of devices with different screen sizes as well as device specifications would ordinarily be a challenge, but UWP provides a set of common APIs that serve as building blocks for all their apps. This includes the ability to design Adaptive and Responsive Apps which adapt to a devices specifications and respond to changes in screen resolution respectively. This allows for a snug integration onto the wide ranges of devices supporting UWP.

“UWP apps automatically adjust the size of controls, fonts, and other UI elements so that they are legible on all devices.”

When your app runs on a device, the system uses an algorithm to normalize the way UI elements display on the screen. This scaling algorithm takes into account viewing distance and screen density (pixels per inch) to optimize for perceived size (rather than physical size). The scaling algorithm ensures that a 24 px font on Surface Hub 10 feet away is just as legible to the user as a 24 px font on 5′ phone that’s a few inches away.” – UWP 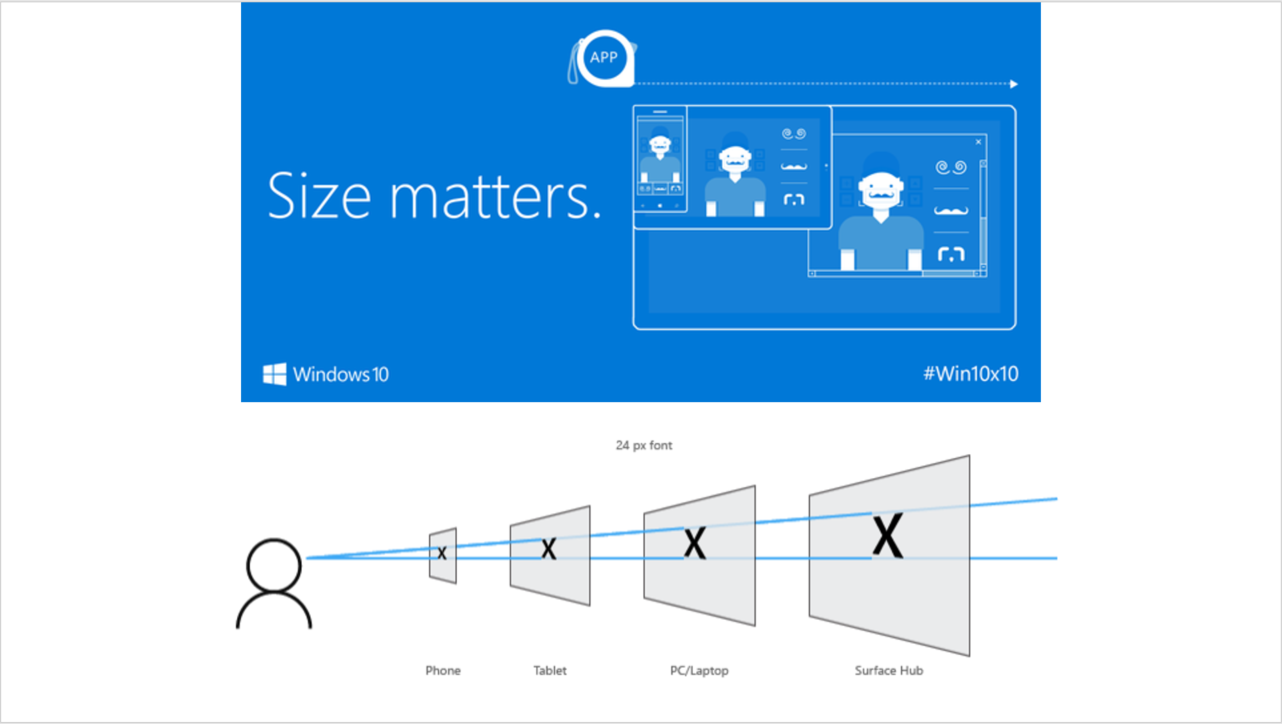 Peeling back the layers. If you are looking to create an aesthetically pleasing UI, then you will definitely want to drill into UWP’s new Visual Layer via the Windows.UI.Composition namespace. UWP developers will be able to utilize this layer in order to get closer to the graphical core of the application, while using familiar technologies like XAML and C#. By getting right down to the core or system compositor level, developers can achieve great visual performance and custom UI experiences. By working through the XAML layer, developers get a sense of ease when interacting with these previously complex functions. 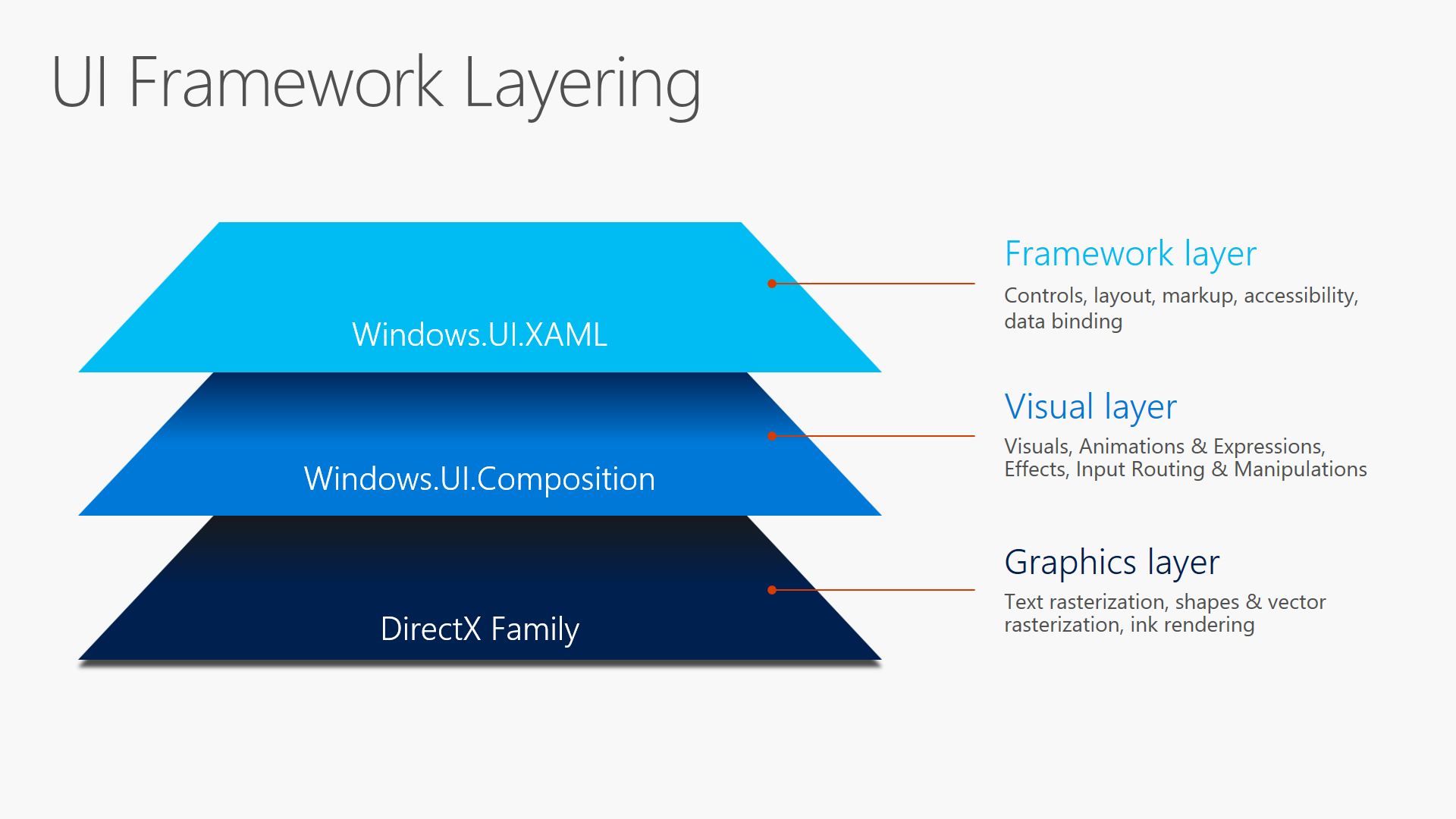 Responding to responsive. In the code sample below Fig 4.1, we make use of a built-in feature called AdaptiveTrigger, the visual representation of which can be seen in Fig 4.2. If you are familiar with CSS media queries, you’ll know the idea of the AdaptiveTrigger. In short, this allows you to declare a rule which applies visual states in your markup (in this case, ‘normal’ and ‘slim’). Basically, you can declare a set of controls to be visible, if the window size is below a certain value (MinWindowWith). Using this concept, we can create responsive experiences – all in markup!

Getting Started with UWP: https://developer.microsoft.com/en-us/windows/apps/getstarted