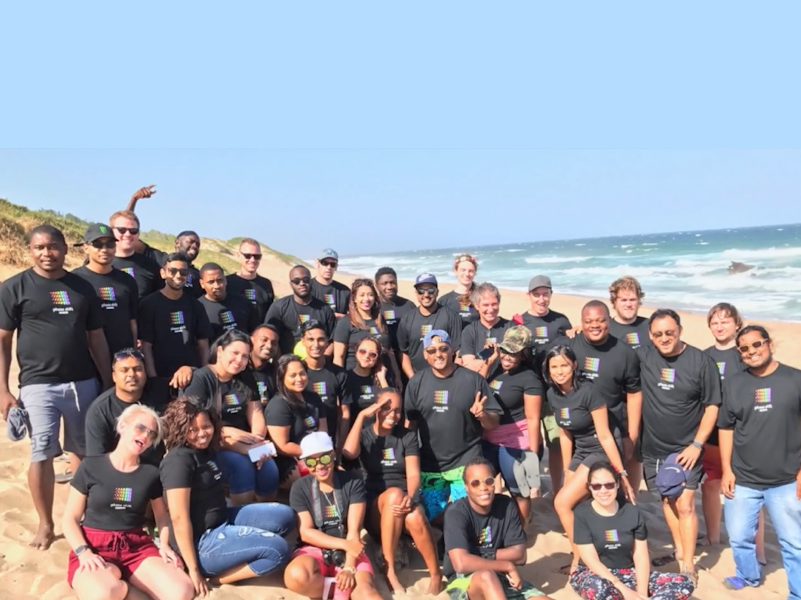 Welcome back everyone and welcome to 2017.

For those of you who have been here long enough, you know that from time to time, I mark our progress with some essays or observations.

Often they are quite long. This one, coming after 21 years of immedia is a bit longer than most so I thank you for your attention, for this is an important moment in our journey and we have worked hard to earn it, and a deeper moment of reflection is in order. 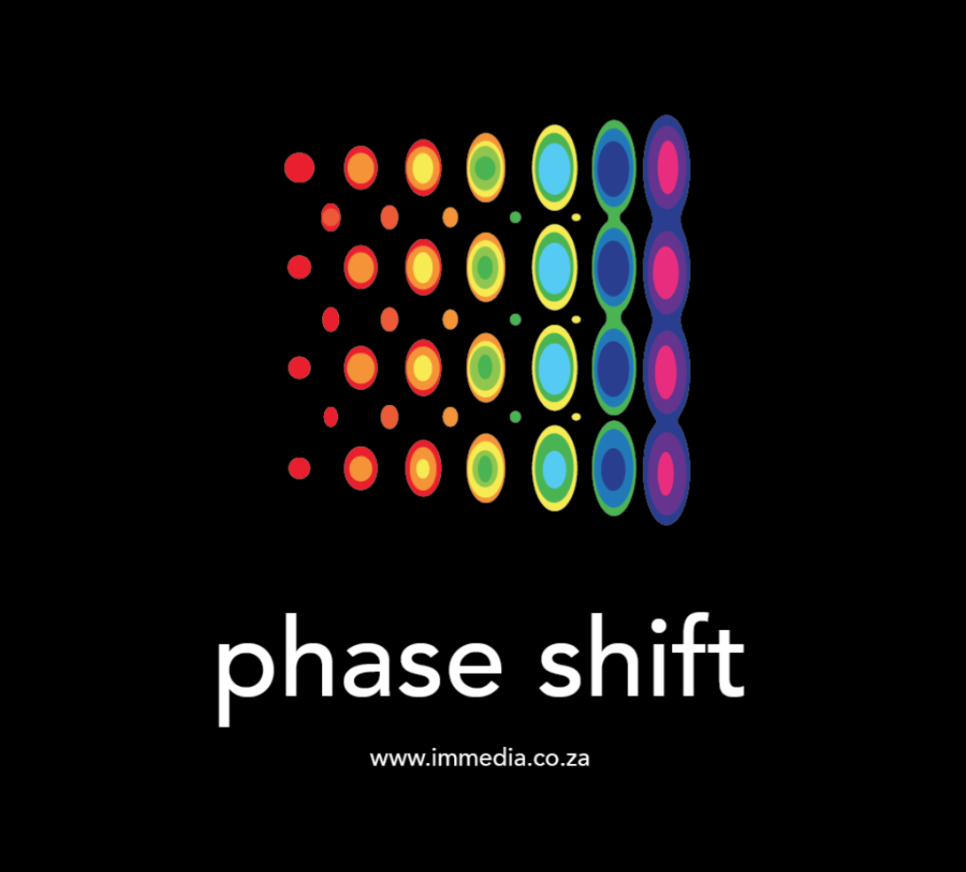 The pattern above is from the first ever photograph of the moment a particle of light, a photon, phase shifts into its wave nature.

This photograph is significant because it was the discovery and the subsequent attempt to explain this duality of light (how can it be both a particle AND a wave?) that brought scientists to quantum theory.

To the thought that everything in the universe may have a wave and a particle nature. A particle is tangible, coherent – a wave elusive unless you spot the pattern and catch it.

Now, at 21 years old (our longest-serving human) and days young (when our newest human joined us), immedia is phase shifting.

It’s a moment when we become more than individual experiences and put an idea, a pattern out in the world.

We have iterated thinking and patterns we started 21 years ago to achieve this.

We received dozens of applicants in just days for Summer School in 2016. We converted four Head Start interns to Apprentices at the beginning of the year, plus 3 more towards the end.

For it is us, humans that create these tools that have been the agents of change and iteration and disruption in the world. That’s what technology is – tools that humans built through our iterative understanding of patterns.

We live in a world of technology, a world of miracle and wonder, lasers in the jungle even, but it’s humans that made that world.

In the early days of this current cycle of evolution the pattern that was iterated was circuits. And Moore’s Law gave us the meta verse.

By building faster and faster computation engines, finally Gregory Mandelbrot could do the math to visualize the fractal geometry of the universe.

We began to detect the music of the cosmos in these patterns.

There was a quantum world out there. We are both the human particles we are but also our parents and children too as our DNA perpetuates a wave pattern across space and time.

And the connection went from your room, to your desk, to your pocket…
from hours to minutes to now.

And in each iteration, it gave more humans bicycles for the mind until today 5.2 billion adults in the world have one in their pocket. 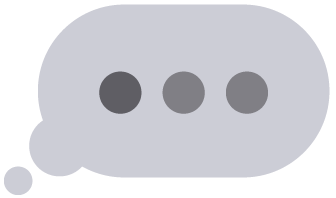 We took all that we knew and all that we have done and we have put it into a product this year.
A new pattern. A new, more efficient way.

Along the way we tried and failed many times and iterated those learnings. Our meeting rooms across The Quarterdeck & 73 are named after some of those “failed” attempts at putting our pattern, our story, our wave into the world.

We often call it our Boulevard of Broken Dreams. But take a walk along it someday and be courageous enough to build on the shoulders of giants.

Because we never give in and never give up and never lose our willingness to allow diverse people into the problem and to try again with our learnings.

Often we do the same though. We see each other and judge each other by what we used to be or from first impressions but take a deeper look… we have all grown.

By putting this idea, this product out into the world, it’s the start of a phase shift – the start of the “thing”, the particle that we are, turning into a wave.

It’s time to phase shift from a particle that only exists in one place, to an idea that spreads everywhere.

The idea is a simple one of shared context, shared conversation and a resultant shared choreography, and the product its wrapped in, is Fabrik.

We have spent the last weeks of spring taking this idea gently into the market.
First, one company said, tell me more.
Then another did.
Then three veteran media people decided that they would bet their future on it and start a dream on it.

We took the idea to some people gathering in Maputo and showed it to them and they said tell us more.

We launch Fabrik to clients.
Now we have to tell the story of Fabrik.
And our entire ecosystem has to catch the wave that story brings.

Not just in the idea of Fabrik, but in the idea of immedia too – the collaborative, inclusive, diverse human culture that we have iterated that allowed so many of us to build careers and opinions we never thought we could have.

Because with the commodisation that technology has brought, the only competitive advantage an organization has is the skill and integrity of their people.

Fabrik
We have worked hard to arrive at a point where the quality of our vision (the story) matches with our products (our tools and services). We have created a tool to match our services, to match our vision.

The change that will come, the big wave, the keys to untold opportunity, are the tools that provide a shared context, a shared conversation, and empower a choreography.

That big wave is underpinned by a telemetry that brings together the tsunami of structured data and information hitting us, and brings together all the revolutions of device, cloud, data, IOT, machine learning, AI – all of it, converging into a meaningful realtime pattern analysis that empowers our human ambitions (both in the positive and the negative).

Telemetry requires trust so you can act on it rapidly. But it also requires tolerance, while adaptation occurs.

We have built a product in fabrik, unwittingly or not, that creates a starting point for organisations wishing to transition to this converged, telemetrised but human future.

Maybe it’s because we started in media. Maybe because we were storytellers and it’s storytelling, that human thing we do, that’s at the heart of this change.

But getting access to a tool like fabrik is only a starting point for organisations adopting it.

Their humans have to learn how to use it and that takes time and change management and moving at a human pace – not a machine pace.

The very power of fabrik lies in its “simplicity”.

It doesn’t do much of anything, that’s for the humans within it to express a personality, but it provides a starting point for coherent choreography.

They have to learn to tell their own stories using this tool.

Fabrik lives now. A creation that changes the direction of our narrative.

Now adapt we must.

We are now an ecosystem collaborating around supporting the introduction, delivery and spread of Fabrik to the world.

Every day that we convert a client over brings new opportunity in that client’s wake for the entire ecosystem.

Making Fabrik a success will require the focus and the skills that each one of us have acquired – from ops to craft, from dev to design, from implementation to infrastructure.

There’s a wave building out there.

With Fabrik, we are ready to catch it and ride a new wave in our journey.

The future gives all humans the potential of supermen, it gives us all a chance to participate in the future.

The human genie is out the bottle. There’s no stopping us now, any of us, not just the rich and privileged. As we move to a digital human society all humans will be able to participate and contribute.

The future is always a day away really, and it’s going to be an eventful year.

You can anticipate it in global events all around us and in the events happening around the entire ecosystem.

The world and immedia are phase shifting because of human ideas expressed in technology.

How will you contribute to both? That’s up to the human you are and the humans we are.