T minus 48 hours to lift off 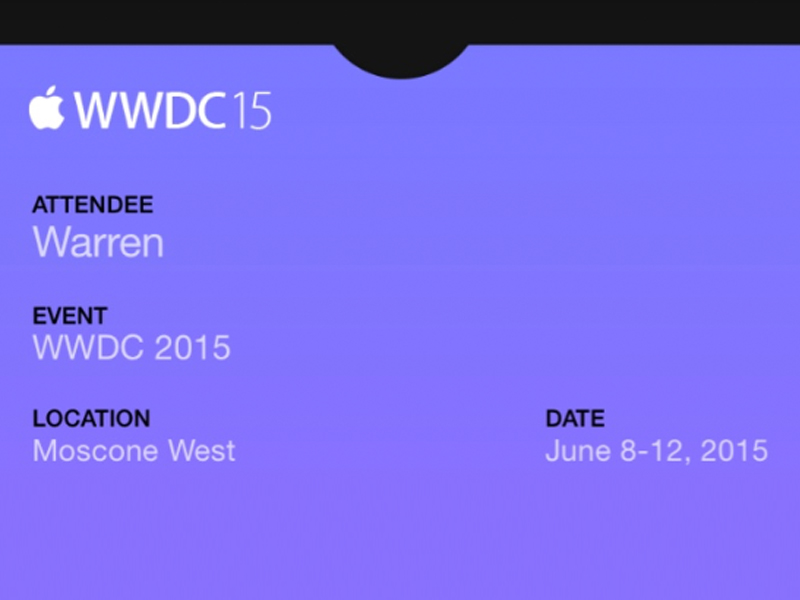 These are the thoughts that run through my head as I haul out my suitcase. The time has finally come to start the dreaded packing…

“This time I will pack enough socks”

Hello anyone who has stumbled upon this post on the immedia site. My name is Warren Foxley and I am one of the lucky golden ticket holders (so to speak). In two days time I will be heading off to San Francisco with Anice (fearless Leader @anicehassim) and James (A really really really smart dude @theotherjimi). The three of us were lucky enough to get tickets to this year’s Worldwide Developer Conference hosted by Apple Inc, WWDC for short, dub dub for shorter.

WWDC is an annual event that Apple hosts that is solely focused on their Developer community. Attendants can expect a week crammed full of sessions with Apple’s own engineers showing off the new technologies they will be, most likely, releasing in the fall (American fall, SA Spring). There are code and design Labs that you can take your apps to and sit one-on-one with Apple Engineers to help beat out pesky bugs or improve on the design of your App(s).

Of course there are other fun things during the week. Such as the music bash in the Yerba Buena Gardens where the Apple Nerd Herd gather for be entertained by an international band. Said band is kept a secret until the day before the bash; they normally do not disappoint. The rumour Mill running at full capacity this week. There are many exciting things we are hoping to be announced during the opening keynote at WWDC. Personally, what I am really hoping for is:

1. A revamped Apple TV with an Open SDK. This will give developers the ability to start making Apps for Apple TV. If this is announced, it will be huge and I really hope to be able to jump on that bandwagon ASAP.

2. A new Watch SDK which will help improve the development experience when developing for the Apple Watch. While the current tools used for developing for Apple Watch are ok, the rumours of a vastly improved toolset and SDK make any iOS developer a little excited.

3. iOS 9 – for the last couple of years Apple has, like clockwork, always announced their latest mobile Operating System at WWDC. iOS 9 will have new features and improvements over its predecessors – this one is really a gimme.

What I would like to try and do is share my experiences next week through various outlets such as Twitter (@WarrenFoxley), Instagram (@VossieFox), the immedia website and, if data allowing, Periscope. So keep an eye out for my rants, posts, #Tags, pictures and videos. I will endeavour to make everything I do child-friendly and full of family fun.

immedia will also be hosting an Open Night at our Durban headquarters for anyone that wishes to come through and watch the opening Keynote of WWDC. You can RSVP by clicking here.

Thanks for getting through my first blog on the immedia site, I am sure I will shortly have my two Editors-in-chief (Hilton & Selene, I’m looking at you) baring down on me for my horrendous grammar! But hey, if you got this far into the post I couldn’t have been that bad. Until we meet again!

Now onto more pressing matters… where the hell is my passport…. wanders off