Watch as you walk and talk! 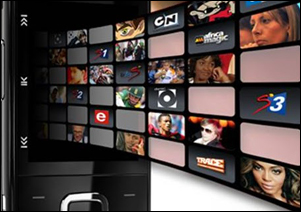 Drifta basically allows you to watch DStv on your Smartphones laptop or iPad. It is currently being offered to South African consumers for free until April this year, after which it will be offered as a paid for service.

To receive the wireless signal one needs the newly introduced mobile TV decoder, the Drifta. This is a separate device that receives the DStv Mobile broadcast signal and relays it over Wi-Fi to a range of Wi-Fi-capable laptops, PCs, tablets and Smartphones.

In terms of mobility, the Drifta service allows users to watch whatever wherever they want but given that the local service is still in its infancy, the signal is limited to the major centres of Johannesburg, Pretoria, Soweto, Cape Town, Port Elizabeth, Polokwane, Mbombela, Rustenburg, Bloemfontein and Durban.

The Drifta currently supports Windows and iOS devices such as the iPhone, iPod Touch and iPad. BlackBerry OS, Symbian^3 and Android applications are in development and more devices that work with the Drifta will be enabled soon.

The channel line-up on the DStv Mobile bouquet includes a selection of SuperSport channels (1, 2, 3 and Blitz), Africa Magic, Cartoon Network, Trace and a DStv Events Channel. The e.Mobile bouquet contains the eNews Channel and Channel O. MultiChoice promised that more channels on both services will be announced soon.