Why we live and work in Durban 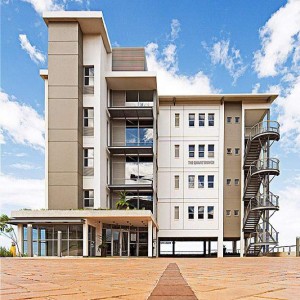 Posted by Anice Hassim on February 1, 2010 | Featured | No Comments

Look, let’s just come straight out and say it.

She is the only city of our big three that offers you a truly South African hustle and bustle. While some in the media may persist in lovingly polishing faded memory beads of “Last Outpost of Empire” and “Natal Fever”, the reality is our city is a rude, bustling AFRICAN metropolis.

The last time there was a new African century was a few million years ago when Africans started this whole humanity gig. We may not get this century – the Chinese seem to have that locked up, we might sneak the next when India pickpockets it from Beijing (we have some connections in India), but when a new African century rises, it’s heart and soul will surely be Durban.

People criticise us for being slow (as in special and as in well… slow), or being poor… or being hippy and casual – but what they don’t get is that Durban has its own unique vibe that comes from being the only city that is a truly South African melting pot.

Here Indian, Zulu and English clash fuse into a wild riot. We give our minibus taxis and buses names – it doesn’t matter whether it’s a traditionally Indian or African township route… “Me Against The World” has nearly taken me out a couple of times, not to mention “Music Queen” announcing his presence aurally. We take childish delight at frolicking in the surf.

Our Johannesburg centre of gravity distorts reality. The usual story is that we in KZN are too laid back, poor whatever to get off our arse and enjoy the fine wares we are being peddled. “Durban can’t even sell out Robbie Williams,” groan the Vaalies.

Well, the better answer is, “Durban gave a shit for Robbie Williams.”

Send us someone we like however, and he/she will sell out. How is it legitimate for Cape Town to have a “vibe” but not Durban?
Durban is ground zero for media and marketing in South Africa. Our unique population composition means that you have to have a messaging that resonates with all our residents – you can’t ignore the tastes and opinions of any one of our three major population groups. When people understand that, success in Durban is easy.

Walk the Umhlanga promenade at dawn, it’s a regular Noddy in Toyland – you will meet Mr Plod, Mrs Skittle, Big Ears and judging from the bare-chested joggers, golliwogs too.

But any visitor who hasn’t been to the coast for a couple of years will have his jaws drop as he walks the new Umhlanga pier, takes in the high-rise splendour of The Pearls and sees what used to be rolling sugar cane for as far as the eye could see transformed into a modern, well resourced and motivated business and lifestyle hub.

Only in Durban does South Africa’s unique history come together. The very roots of our liberation and the Congress movement started in Natal with Pixley kaIsaka Seme’s dream of a united tribes of South Africa under the Congress banner, through Chief Albert Luthuli, Monty Naicker and later heroes who placed the heart of the beloved country in Natal.

Durban is the kind of place that receives a young lawyer who travels across the world for commercial reasons, but sends back The Mahatma. The freedoms and aspirations of people, at home, over a billion in India and millions more globally owe our inheritance to the transformative crucible that is Durban.

But that’s how we roll, we just get on with life (you know – the stuff that happens between traffic) and leave the chest-thumping to the Vaalies (who want to impress their girlfriends) and Kaapies (who want to impress our former colonial overlords). We have spent a bit of time getting rid of the one lot and charming the other lot, so we aren’t looking to go backwards.

For us, living and working in Durban is not a choice of not being good enough for the “big” leagues – we do just fine thank you.

immedia is at the forefront of global technology developments, pioneers in broadcast and new media synergy and partners with the CSIR and the University of Cape Town in some ground breaking internet technologies.

We pioneered digital radio strategy for East Coast Radio in particular that for the last decade has shown not just its South African peers how it’s done, but broke new ground globally in the continuing evolution of radio.

But there are dozens of companies – us, big ones and little guppies that are putting the “e” in eThekwini. It is precisely our slight remove from the echo chamber that is Johannesburg that allows us to see that the emperor has no clothes (hello WAP).

And the fact that our clients are in Johannesburg?

immedia is one of South Africa’s leading iPhone app development studios. What do we care if the Vaalies think we are too far away?

The rest of the world seem to contact us just fine.

Oh, and the last time I met a client in Johannesburg?
My commute was shorter than his, and it included a one-hour flight!