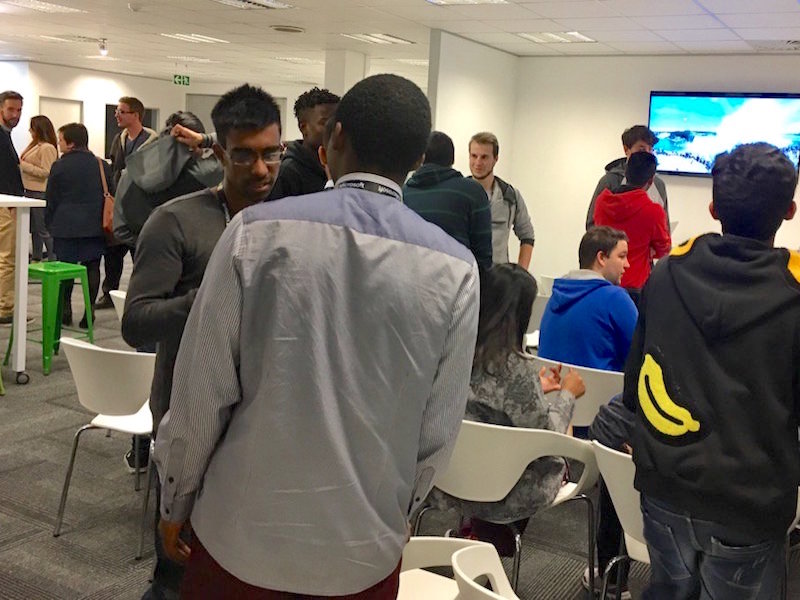 This content was presented at an immedia Open Night.

When I was asked to spend a few minutes talking about what we know about innovation and change – apart from being a little camera shy (I managed to get over that pretty quickly) but when I did, I found that I could actually speak to this quite easily because at immedia we live by this everyday! – so nope, we weren’t talking to a script like a lot of people had assumed,we were able to just rock it naturally!

Really moving & honest sharing from Tanya at #OpenNight – brought a tear then a laugh with her #WPC16 dating game 😄 pic.twitter.com/mf9kH2Vt2O

I was filled with such pride sitting in a massive auditorium in a crowd of 20 000 people watching our team being featured on the four giant screens, and right there – it made me realize even more how we are not just a little insignificant team “playing around” with some crazy/naive vision that the rest of the world is not interested, its quite the opposite EVERYONE is trying so hard to adopt it.

During the week, I was lucky enough to attend a lot of different sessions with a variety of speakers and a lot of them spoke around the importance of a business embracing change, instead of fearing it; being prepared to always “seek the tweak”; finding something you naturally gravitate towards, rejoicing in it and working hard at getting it greater – which I am proud to acknowledge, that with our constant learning / teaching and iterating culture, this is not something foreign to us at all.

We’ve created a safe, non-judgmental environment that invites people to keep out creating themselves, and I include myself in this. I don’t think I realised just how unique we actually are out there because we do this all with a lot more ease than other companies, so I’m feeling very excited to see what more we can create from here with this awareness?

Another part of the conference I wanted to mention this evening, which also made quite an impact for me, was the last session on the last day when the Middle East & Africa regions hosted an interactive session to connect everyone in the room. I got to know what other businesses in the region did and how they could be relevant to us and vice versa.

So with this in mind, I’m going to throw in a little interaction this evening! Here are the rules:

The reason I wanted you to take part in this exercise is to invite you to realize how potent connecting with people is, and how much more you can create from there whether it be in your life, your business, your teams through whole-hearted collaboration.

Tanya’s #OpenNight session has got everyone doing some speed sharing & has created a real buzz @immedia pic.twitter.com/9g3XkPPkTE